Chrysler says it will sell off debt and secure a loan this quarter to repay billions owed to the Canadian federal and Ontario provincial governments and the U.S. Treasury.

The automaker revealed today its intentions to make complete repayment during the second quarter. Sources out the outstanding debt at roughly $6.6 billion.

Helping the financials has been proceeds from the recently announced exercise by Fiat of an option to acquire an incremental ownership interest in Chrysler Group.

The debt securities will be offered and sold in reliance on an exemption from registration under the Securities Act, the company said. 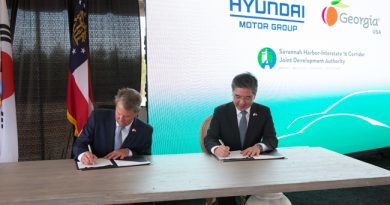 May 24, 2022 Tom Venetis Comments Off on Hyundai Motor Group to Establish First Dedicated EV Plant and Battery Manufacturing Facility in the U.S.