Daimler AG says it closed last year on a high with net profit of $6.2 million (all figures Canadian) and group earnings growth before interest and taxes of over $9.6 million.

The figures, presented today in its preliminary and unaudited statement of last year’s business, show a full-year net earning rebound to $6 billion profit from a loss of $3.5 billion in 2009.

The automaker says it plans a dividend of $2.46 per share this year after choosing not to offer a similar payment in 2009.

A recovering global economy, an appealing product range, improved efficiencies and strong demand in China are being credited with pulling the German automaker into posititive figures last year.

“Daimler managed an excellent comeback last year,” stated Dr. Dieter Zetsche, chairman of the board of management of Daimler AG and head of Mercedes-Benz Cars, at the annual press conference in Stuttgart.

“Our goal now is to maintain the level we have reached over the long term and to further improve it wherever possible. We have the right products, technologies and strategies to do so.”

Based on current estimates, Daimler expects EBIT from the ongoing business in 2011 to surpass the level of 2010 significantly.

Daimler sold a total of 1.9 million vehicles in 2010 marking a 22 per cent jump in vehicle sales the year prior.

Daimler also noted the special efforts made by its workforce in 2010 would be rewarded with a “high performance participation bonus” of $4,200 per entitled employee of Daimler AG.

In the anniversary year of the invention of the automobile, each employee worldwide will also receive a special bonus of up to $1,300, depending on his or her length of time at the Group.

Detroit continues to regain share in a weakening market

March 7, 2013 The Premier Publications Team Comments Off on Detroit continues to regain share in a weakening market 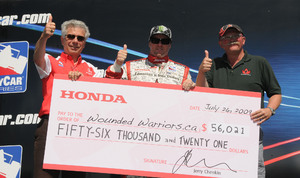 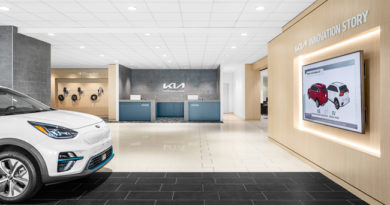