Previous forecasts of a new record year for auto sales in Canada are looking a little rosy after February made it two losing months in a row for the year so far. The total of 103,226 sales fell 3.3 percent short of last February’s count.

Still, it was hardly a bad month in the overall scheme of things. Twenty-twelve was a Leap Year, so last February had one more selling day. And much of Canada was enjoying an exceptionally benign winter a year ago. February 2012 set a record for the month and so (like last January) was a hard act to follow;  this year’s sales count was still comfortably above the 10-year average of a little under 99,000.

Another January trend that continued into February was the relative strength of Detroit. Combined sales of the former Big Three advanced 2.0 percent while the imports backslid 7.3 percent. This time, however, Detroit did not advance on a united front: while Ford and Chrysler grew their sales 5.4 and 2.2 percent respectively, General Motors dipped 1.9 percent.

GM did well in small and midsize cars and large pickups, but large cars crashed, as did SUV sales across the board. Additionally, the run-out of the Colorado/Canyon small pickups took a bite out of Oshawa’s volume.

On the import side, it would be more accurate to say the Asians did most of the hurting. Not only did the Japanese automakers combine for an ugly 10.2-percent decline, but even the Koreans lost ground – an almost unprecedented 7.2-percent retreat for Hyundai and Kia combined.

Among the Europeans, Mercedes and Volvo stumbled, but the other brands advanced for an aggregate gain of 1.4 percent. Notable among those, Jaguar almost doubled its sales on the strength of its new AWD sedans, while sister brand Land Rover posted a robust 27 percent gain.

The poor month for Mercedes was a little surprising considering that the B-Class was back after being on hiatus this time last year; perhaps the potent little Benz hatchback is cannibalising sales of the C-Class sedan, which saw a 28-percent decline in February.

The only Japanese automaker to finish February “in the black” was Mazda. Some of that was the arrival of the new Mazda6, which more than tripled its volume from a year ago; another significant contributor, though, was the CX-5 compact crossover, which more than made up for the retirement of the CX-7 and Tribute nameplates.

Honda Canada, down 11.9 percent overall, didn’t have the worst downturn among the Japanese, but it was rocked by a second successive losing month (-16 percent) for its volume-leading Civic line. That allowed Hyundai’s Elantra (up 5.4 percent) to strengthen its claim to the top-selling-car status – a title that has been Civic’s for 15 straight years.

Further evidence of a “new world order” was Chrysler’s Ram pickup maintaining its year-to-date sales advantage over the GM competition, though the latter did narrow the gap by 24 units after February.

Not to mention the Volkswagen Jetta making a possibly unprecedented appearance in the Top 10 sellers chart – straight into ninth spot, just ahead of the Chevrolet Cruze. 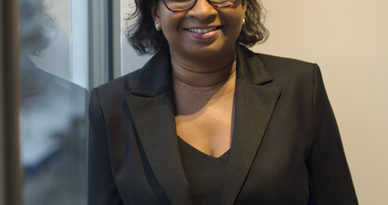