After having reclaimed its overall sales-leadership birthright in January, GM of Canada slumped to a distant third in February – and year-to-date as well. Exclusive European luxury brands uniformly grew their sales in February, even as the top-sellers chart took an unprecedented tilt towards practical, plebeian, utility vehicles. And while Canadians were pumping $1.20 litres of gas into their tanks, sales of most fuel-efficient compact cars tanked.

Even more shocking, if you combine the February sales of Hyundai and Kia (they are, after all, the same company) the Korean juggernaut conglomerate was not only the biggest-selling offshore automaker, it even outsold GM Canada, too. Can you feel the earth moving beneath your feet?

Light-truck sales grew three per cent in February while passenger-car sales shrank 13 per cent. Year-to-date, trucks now account for 60.4 per cent of a market that is stagnating at -0.7 per cent.

It says a lot about the industry’s gyrating fortunes that Ford of Canada sales posted an uncharacteristic 10.3-per cent setback in February, yet it still surged back to industry leadership, both for the month and the year so far. Chrysler Canada advanced 8.5 per cent, which, combined with GM’s 11.2-per cent retreat, was enough to position Windsor comfortably in second place overall.

GM’s decline was partly blameable on the run-out of its discontinued brands and models – just seven stragglers were sold this February, compared with 867 Pontiacs, Saturns, and Hummers last February. But even core-brand truck sales fell in February too. The resulting deficit was too much to be made up by a 13-per cent rise in Buick, Chevrolet and Cadillac car sales.

Overall, the market treated Detroit and the rest of the world fairly evenly, down 4.8 and 3.7 per cent respectively. The successes of the Europeans (up 16 per cent) and Koreans (9.3 per cent) were outweighed by the Japanese brands’ 12.7-per cent backslide.

Hyundai as a brand outsold both the Toyota and Honda brands – indeed, the Korean high-flyer sold more vehicles than Honda and Acura combined. As well, Hyundai’s sister brand Kia outsold a surging Volkswagen, and fell only 300 units short of matching Mazda.

Among the top-selling nameplates, utility vehicles occupy the top four spots (Detroit’s Big 3 pickup lines, plus Dodge Grand Caravan) and six of the Top 10; looking set to join the Ford Escape as a Top 10 “regular” is the Dodge Journey, in seventh place. In February alone, the Honda CR-V was also in the Top 10, though it just misses the cut on a year-to-date basis.

The Honda Civic bounced back into the Top 10 after its catastrophic January, but, still down 35 per cent year-to-date, it isn’t even close to wresting back its top-selling passenger-car crown; that piece of headgear remains firmly in place on the Hyundai Elantra. Even the Toyota Corolla is outselling the Civic so far this year. The next-generation 2012 model can’t come soon enough for Honda.

Not far outside the Top 10, in 12th position, is GM’s new Chevrolet Cruze. In fact, if you combined Cruze numbers with overlapping run-out sales of its predecessor, Cobalt, Chevrolet’s compact offering would occupy 10th spot, at the expense of the hurting Mazda3 (-44 per cent).

February also hosted the first recorded sales of a Fiat in decades: nine copies of the new 500 subcompact went out of Chrysler showrooms in the dying hours of the month. As well, MINI is now separating sales of the new Countryman, listed as a truck, from the remainder of the range. It sold 115 Countrymans (Countrymen?) in January and February, compared with 275 of the car versions.

Other new-nameplate achievements: Hyundai has reported 12 sales so far of its Equus premium sedan; the new Mitsubishi RVR compact SUV has quickly established itself as the brand’s top-selling model; and back-in-business(-barely) Saab added two more sales in February to the 11 it reported in January.

Choosing the right appraisal system is the first s

November 26, 2009 The Premier Publications Team Comments Off on Choosing the right appraisal system is the first s 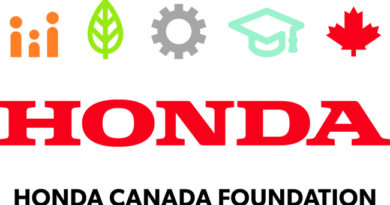 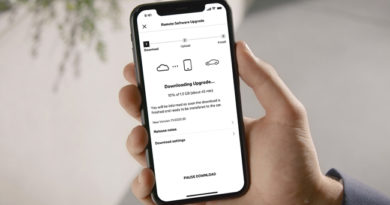 March 31, 2021 Tom Venetis Comments Off on BMW Connects Customers With My BMW App