Ford of Canada and the Canadian Auto Workers union have reached a tentative agreement on a new national labour contract avoiding any possible job action.

The deal, announced Monday, could provide the template for Chrysler and General Motors’ Canadian operations as both automakers are still working on hammering out deals with the union.

The agreement is still subject to ratification by Ford’s 4,500 unionized employees in Canada. Out of respect for the ratification process, Ford executives said they will not discuss the specifics of the tentative agreement until it is approved.

“We believe that the tentative agreement offers unique-to-Canada solutions that will improve the competitiveness of the Canadian operations while providing employees the opportunity to earn a good living,” Stacey Allerton, vice president, human resources, Ford Motor Company of Canada, said in a statement.

“Ford of Canada recognizes and respects the significant contributions made by our employees every day – contributions which help us deliver high quality vehicles that people want and value.”

Sources indicate the deal involves creating 600 jobs at the Oakville assembly facility where the Ford Edge, Flex and Lincoln MKT and MKX are made.

The CAW now turns its attention to GM and Chrysler as talks heat up. Union boss Ken Lewenza is expected to offer an update on the ongoing negotiations later this week.

August 4, 2011 The Premier Publications Team Comments Off on Kia makes it 31 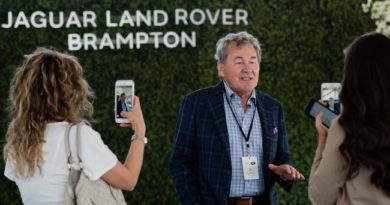