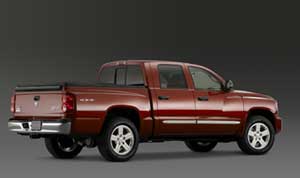 The well-worn adage of how perspective is everything fits well when analyzing July’s new-vehicle sales. While a 6.3-per cent jump in total sales seems like a nice gain on the surface, the story, as is often the case, goes a little deeper.

And the significance of that steady gain, the latest in a line of monthly growth spurts, is dampened slightly when compared to last July when North American markets were mired in the middle of a deep recession.

Still, black numbers are good no matter what, just ask domestic truck makers who, oil prices be damned, saw a 65.3-per cent leap year-over-year. That makes for a staggering 326,275 new trucks (SUVs, minivans and CUVs) hitting Canadian streets this year.

July was a better month for domestics as the Big Three managed to recapture more than four per cent of the market compared to a year ago.

Ford Canada’s growth – born mostly by popular offerings including the Focus, Fusion and Taurus – said sales improved by 1.5 per cent to 27,199 and was good enough for top of the volume heap again (perspective, again being everything here as this increase comes after a large leap this time last year).

The Oakville, Ont,-based automaker said this was its best July since Joe Clark was Prime Minister of Canada (1979). Though a matter of concern for the Blue Oval has to be the 8.8-per cent dip in light truck sales when so many other automakers couldn’t produce them fast enough (Chrysler and GM were up 72 and 63 per cent respectively in truck sales).

Chrysler Canada had a good month with sales up 40 per cent to 22,319 units – good enough for its best July tally since 1997. Its growth came entirely from truck sales though, as car sales dropped by 38.3 per cent. Hopefully Fiat’s addition of the 500 will boslter sagging car sales that sit just behind last year’s year-to-date figures.

General Motors finished up the month with a strong showing up 22 per cent, enough to take second overall – beating Chrysler by 1,600 units.

It was a different story for the imports. Comparing last year’s July sales to this year’s can’t be much consolation for Toyota, whose car sales were off 38.2 per cent, though truck sales were up 7.9 per cent.

Luxury line Lexus also took a beating: truck sales were down 21.9 per cent and car sales fell 38.2 per cent.

Nissan’s luxury brand, Infiniti, saw little movement in the truck department (0.3 per cent), but car sales rose just over 20 per cent making for a solid month.

The automaker called the figure its best-ever July. Its CUV, the Soul, and its Coup sedan sales were both over the 1,200-vehicle mark.

Clearly Kia is winning the battle of the economy import market over embattled Suzuki.

Also enjoying continued success in the small-vehicle arena was Hyundai, whose truck sales rose 10.6 while its car sales rose nearly eight per cent.

Subaru dealers also enjoyed a solid July, selling 1,349 trucks, over 70 per cent more than last July. Car sales were up a respectable six per cent.

Are Canadians saying “Damn the gas prices! We want trucks!”?

It could be. Look at the subcompact segment and decide for yourself: smart sales dropped nearly 38 per cent; MINI fell 8.4. And it was the aforementioned Kia truck sales that soared, not its car sales.

Is there a trend here? 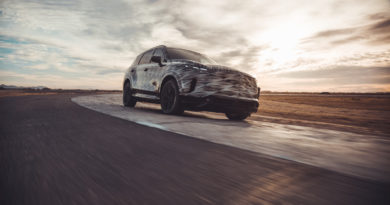 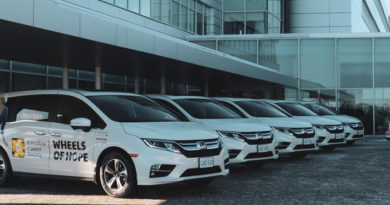