Kia Canada Inc. recorded its best ever month in October with 5,180 new vehicles sold, marking a 15.4 per cent increase over the same month a year ago.

Kia Canada continues to perform well in the market for 2011 with a percentage increase of 21.4 per cent year-to-date and 56,850 units sold. All four national regions achieved their best October in total volume. These sales results have also contributed to an industry-leading sales streak of 34 consecutive months of growth.

The Sorento was the automaker’s volume leader in October nationally charting a 4.1 per cent increase in comparison to October 2010. The Sportage had a 78.8 per cent increase while the Soul and Rondo enjoyed 26.6 per cent 37.2 per cent growth respectively.

Kia’s solid performance in October follows the announcement last week that Kia Canada had been awarded Best New Family Car (under $30k) as well as Best New Family Car (over $30k) by the Association of Canadian Automotive Journalists (AJAC) for the all-new Optima and Optima Hybrid respectively.

Heading into November, Kia said its incentive program Winterfest returns for its second year. Customers can win $500 up to $25,000 towards the purchase or lease of any new Kia vehicle over and above existing incentives.

The automaker confirmed zero per cent financing on 2012 models will continue. Additionally, Kia is continuing the “Don’t Pay for 90 days” payment deferral program on select 2011 and 2012 models. Current Kia owners are eligible to receive a $750 loyalty bonus on the purchase of any Kia SUV model, which can also be used in conjunction with all other offers.

January 4, 2012 The Premier Publications Team Comments Off on Porsche reports best year ever 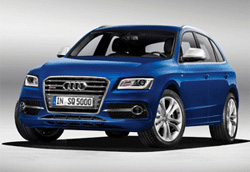