Make it 25. Kia Canada says the industry-best streak of consecutive monthly growth now sits at 25 months thanks to a record January sales tally.

“This was the first time in Kia Canada’s eleven year history that sales volume surpassed 3,000 units in January,” the automaker said in a release.

Record January sales were evident throughout the country with Western, Central, Eastern and Atlantic Canada all reporting a best-ever month to start the New Year.

Sales volume was led by Kia Sorento with 939 vehicles sold along with the Kia Soul, reporting 558 units or a 5.9 per cent increase versus previous year.

“These vehicles and our entire product portfolio have consistently been our staple to success in Canada since their inception which began over 24 months ago with the Soul,” said Robert Staffieri, director of marketing Kia Canada Inc.

“We also expect the all-new 2011 Kia Sportage CUV to become a volume leader with production increasing for Canada in 2011 as sales increased in January by 41 per cent versus previous year.” 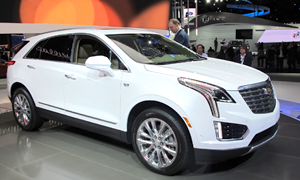