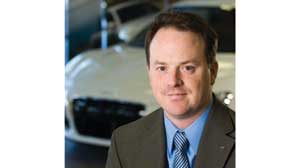 There is a familiar face taking over as director of sales for Audi Canada.

Brad Beckett, who has been with the automaker since 2004, is replacing Doug Clark who is returning to Audi of America.

Beckett started with the German’s company’s Canadian division as its western area general manager. Since then, he has held a few positions within the organization, most recently as the network development manager.

Cort Nielsen, public relations manager for Audi Canada, says Beckett’s new duties will include leading the retail and CPO teams in building the profitable growth of Audi Canada “with the stated goal of becoming the leading premium brand.”

Chrysler continues to defy gravity while most sink in April

May 10, 2012 The Premier Publications Team Comments Off on Chrysler continues to defy gravity while most sink in April