Nissan and Infiniti are getting ready for a series of Canadian debuts ahead of the 2012 Montreal International Auto Show in January.

“The vehicles we will be highlighting at the Montreal auto show truly demonstrate Nissan’s diverse portfolio, from all-electric to real-world commercial practicality,” said Judy Wheeler, director of marketing with Nissan Canada.

Following the success of the Nissan LEAF passenger vehicle, Nissan has moved into the racing world to demonstrate the untapped potential of electric vehicles. For the first time in Canada, Nissan said it would present the Nissan LEAF NISMO RC prototype. The powertrain is a 100-per cent zero emission lithium-ion battery design.

Just one year after its entry into the commercial vehicle business in North America, Nissan also welcomes an expansion in its lineup with the debut of a new, 4-row/12-passenger NV3500 HD Passenger Van.

“We first did our homework in the full-size van segment by studying the real-world needs, wants and desires of both families and fleet operators,” said Wheeler.

“As a result, we’re delivering a vehicle that offers everything owners are looking for – enhanced usability, driver and passenger comfort, flexible storage, dependability, durability and an affordable cost of ownership. Then we’ve topped it all off with signature Nissan style, performance and value.”

Nissan’s luxury brand Infiniti said it too would show off the latest addition to its lineup, the Infiniti JX crossover. Canadian pricing will be announced at the press conference ahead of the show. 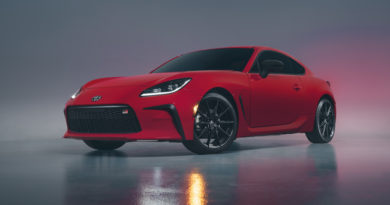