Ongoing issues related to power windows have forced Toyota to issue another recall with 10 nameplates affected in Canada.

According to the Wall Street Journal, this is the fourth time since 2009 the automaker has recalled units because of defects in the power-window switches.

The paper says faulty switches have been supplied by Tokai Rika Co., who announced it would mark a loss of ¥14.5 billion yen or $157 million CAN.

This latest issue concerns the driver’s side power window master switch. Toyota Canada says the total number of possibly affected vehicles is subject to confirmation and will be separately notified to Transport Canada as soon as it becomes available.

Affected units may have been manufactured with insufficient lubricant grease. If sufficient grease is not applied, under certain conditions the switch may develop a short circuit that can cause the switch assembly to overheat and melt.

A melting switch can produce smoke and potentially lead to a fire.

“This Safety Recall adds vehicles not previously involved in the prior action that utilized an alternative lubricant application method,” the company said.

Owners of the involved vehicles will be notified by first class mail. Toyota dealers will inspect the switch and apply heat-resistant grease.  If the switch is not operating normally, the switch circuit board will be replaced.

- With files from the Wall Street Journal 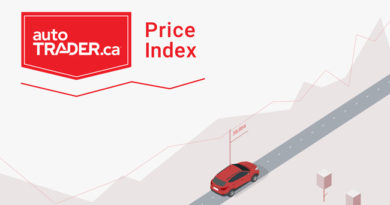