Deprecated: Methods with the same name as their class will not be constructors in a future version of PHP; CMBDWidgetCatWithNumber has a deprecated constructor in /var/www/canadianautoworld.ca/public_html/wp-content/plugins/cm-business-directory-pro/shared/classes/CMBDWidgetCatWithNumber.php on line 3
 Two Ontario Dealers Suspended By OMVIC – Canadian Auto World

OMVIC found that KK Motors purchased insurance write-offs from salvage auctions. These vehicles were repaired and sold to consumers, often not by KK Motors directly, but rather by unregistered businesses or individuals working for, or with, the dealer.

“OMVIC believes that in order to distance themselves from these vehicles, KK Motors Canada Inc. forged documents and fraudulently transferred these vehicles into the names of past customers, prior to making the vehicles available for sale by the unregistered businesses and individuals, ” stated John Carmichael, OMVIC CEO and interim registrar. “Most purchasers didn’t know about KK Motors; they thought they were buying the vehicles privately.”

Of 13 vehicles OMVIC investigated, six appeared to have rolled-back odometers. One, a 2007 Honda Odyssey was sold in June by one of KK Motors’ associated sellers with an odometer reading of 141,411 km; four months earlier the mileage for the Odyssey was reported as 335,230 km.

“OMVIC is alleging the fraudulent manipulation of odometers was done by, or on behalf of, KK Motors Inc.,” explained Carmichael.

Carmichael explained the immediate suspension of Marcel Motors Ltd. o/a Eastside Better Used Cars was triggered following recent serious consumer complaints and alleged breaches of conditions of registration ordered earlier this year by the Licence Appeal Tribunal (LAT). These include allegations the dealer: failed to pay out liens (or pay out liens within seven days as ordered by LAT) on vehicles traded in by consumers; failed to submit documents/payments to warranty providers (or submit documents/payments within the timeline ordered by LAT) potentially leaving customers with no warranty coverage ; failed to provide a $30,000 letter of credit to the Motor Vehicle Dealers Compensation Fund (or have their law firm do the same) by the date ordered by LAT; and failed to ensure its bookkeeper completed Georgian College’s online “Automotive Record Keeping” course, as ordered by LAT

“This type of alleged behaviour and resulting consumer harm will not be tolerated,” stated Carmichael.

A dealer may appeal an Immediate Suspension Order and a hearing will be held within 15 days before the Licence Appeal Tribunal (LAT). The Tribunal will determine if the order should be extended until a final determination is made regarding the associated Proposal to Revoke Registration.

December 16, 2019 Tom Venetis Comments Off on J.D. Power To Merge With Autodata Solutions 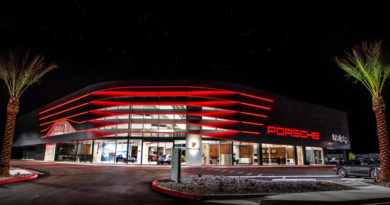