Canadian used car prices began to soften a year ago alongside a rising supply of vehicles coming off-lease, but the decline has proven to be short-lived, says a new report from Scotiabank.

Figures show that prices resumed their upward trajectory in the spring as rising demand for pre-owned models from Canadian households and foreign buyers have overwhelmed a moderate increase in used vehicle supplies.

In particular, the sharp depreciation of the Canadian dollar over the past year has led to a surge in the number of used vehicles exported to the United States.

“After several years of solid increases, used car prices fell below a year earlier last October with the pace of decline mounting through the opening months of 2015 as the number of vehicles coming off-lease began to increase,” the report says.

“However, the weak price environment was short-lived, as potential buyers – both domestic and foreign – began to flood the pre-owned market. Domestic buyers are attracted by record affordability and greater availability of pre-owned cars and trucks coming off-lease, while a weakening Canadian dollar has made cross-border shopping highly lucrative for Americans.”

Report author and analyst Carlos Gomes says as a result, the price of pre-owned models steadily gained momentum throughout the summer and climbed above a year earlier as of August.

This compares with an average of 9.5 weeks over the past decade and more than 13 weeks at the turn of the millennium.

The company surveys of traffic at new and used-vehicle dealerships offer the most timely insight into the pre-owned market, even though these distribution channels account for roughly only two-thirds of overall sales – the remainder consisting mostly of private sales.

According to these surveys, sales of pre-owned models have posted a double-digit gain in Canada this year – the best performance in nearly a decade – with the advance accelerating to more than 20 per cent year-over-year in recent months.

Sales at used vehicle dealerships in Quebec and British Columbia are leading the way, soaring in excess of 30 per cent year-over-year during the summer.

As a result, Scotiabank estimates that full-year Canadian purchases of pre-owned models will exceed the previous record of 3 million units set in 2011.

However, many of the vehicles sold at Canadian automobile dealerships are not remaining in Canada, but are exported to the United States and other nations.

Data from Statistics Canada indicate that exports of used vehicles to the U.S. began to soar once the currency fell below the  $0.90 (US) threshold. Volumes continue to accelerate, with exports doubling through the first half of 2015 and surging 155 per cent year-over-year in July/August as the Canadian dollar approached $0.76 cents (US) – the lowest level in more than a decade.

“Interestingly, while the United States has accounted for virtually all of the growth in Canadian used vehicle exports this year, cross-border shipments are geographically diversified, with other jurisdictions representing nearly double the volume destined to the United States.”

As a result, used vehicle exports (excluding pickup trucks) are on target to approach 100,000 units this year, up from an average of 69,000 per annum since 2010. Historically, shipments to Africa and the Middle East have loomed large. Prior to the latest export surge to the United States, Nigeria was the largest market for pre-owned Canadian vehicles.

The increase in cross-border shipments has been broad-based, with exports climbing in every province this year. However, Ontario dominates exports to the United States.

According to trade data from Statistics Canada, more than 80 per cent of all pre-owned models shipped from Canada to the United States cross the 49th parallel at the Ontario border. This likely reflects the proximity of major U.S. cities to Canada’s largest province.

“However, it is striking that the flow of used vehicles from Ontario to the United States represents nearly two and a half times the province’s share of the Canadian vehicle fleet,” Scotiabank says.

“British Columbia is the second-largest source of vehicles destined to the United States, even though its vehicle fleet is much smaller than that of Quebec or the Prairies.” 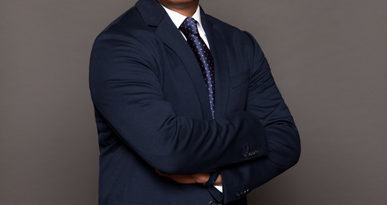