An international study of more than 10,000 drivers from 10 countries for the classified website Kijiji found Canadians still conservative when they car shop and when they dream about cars.

And while they might loosen up a bit and buy a stylish-looking car, as opposed to one they thought practical, bright and bold are out when it comes to choosing a colour.

Canadians prefer classic, neutral tones over bright and bold. Sensible silver is the most popular car colour in Canada, preferred by 18 per cent of drivers, followed by basics blue and black (15 per cent each) and good old grey (14 per cent). Just 11 per cent opt for racy red.
Five out of six Canadians (83 per cent) have owned a used vehicle
Sixty-three per cent of Canadians would buy a used vehicle because they feel that new cars are too expensive.

Three out of 10 Canadians (29 per cent) feel that used vehicles are just as good as new ones, and that new vehicles are not worth the extra money.

They do see themselves at the wheel of their dream car if they can get it used. One in five Canadians (19 per cent) would buy a used car in order to get their dream vehicle.

The International Car Survey was conducted this year by Redshift Research among a sample of 10,054 drivers from Argentina, Australia, Canada, Colombia, Denmark, France, Germany, Italy, Netherlands and the UK. From the Survey, 1,016 Canadian interviews were conducted.  The margin of error for the Canadian sample is +/- 3.1% 19 times out of 20.

August 15, 2012 The Premier Publications Team Comments Off on Pricing announced for Model S 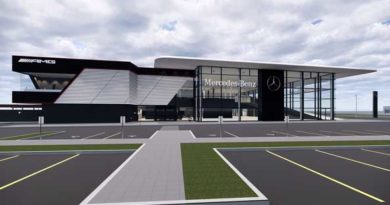