Toyota Canada is sponsoring the largest launch of mobile apps ever seen in Canada.

Metroland Media Group, which operates 100 community and daily newspapers in Ontario and is parent company to Canadian AutoWorld, is rolling out five versions of mobile apps for all of its papers on Oct. 19. There is an app for iPhone, BlackBerry, Nokia, Android and Windows for each paper, for a total of 550 new apps.

“Our new Camry LE is the ideal prize. Just as Metroland is leveraging its many years of leadership in community newspapers to conquer new frontiers in the mobile realm, Camry has gone through six generations of evolution to become the world’s most popular mid-size sedan,” said Stephen Beatty, managing director of Toyota Canada Inc.

A new drop-down banner ad as well as wallpaper will be used to promote the contest on Metroland’s community sites. In addition, there will be banner advertising on the new mobile pages, while Google Ad Words and Flyerland.ca will be used too.

The contest will be also promoted heavily in print copies of each Metroland paper. That includes Metroland distributing two million freestanding inserts.

Metroland reaches more than 80 per cent of Ontario’s population through its different platforms. It’s estimated the apps will generate 4.3 million impressions over the course of the two-month sponsorship, providing Toyota with a valuable opportunity to meaningfully reach and engage countless Ontarians at the community level. 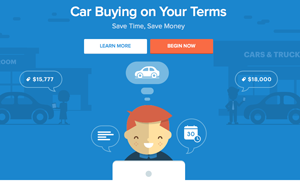 March 27, 2015 The Premier Publications Team Comments Off on Facilitating conversations