Roughly 20 excited people were crowded under a small marquee on the Downsview airport strip in the north end of Toronto.

It was the last Saturday in May and the gaggle of well-dressed folks was eyeing the 3 Series models they are about to maneuver around the adjacent test track. Some were current BMW owners while others simply prospective customers out to see if the German automaker deserved consideration or if the stacked line-up of competitor sports sedans also available to drive, would win their cash.

But it was not BMW’s willingness to showcase of direct comparison on that
sunny day on the airport strip that was interesting, it was the fact they were hosting an event like that at all.

This precise type of marketing is how BMW has been expanding its consumer
base for the better part of a decade, hosting events to get bums in seats and names in their database.

And it is working.

“One positive that sets event marketing above other forms of marketing is the measurability,” explained Stephen Lester of BMW Canada. “And when done properly, you develop a very solid base of metrics you can use to evaluate success.”

This type of event orchestration has slowly been growing in popularity with auto manufacturers despite a negative economic climate over the past 18 months.

Nissan held a drive event this fall in Toronto while late September saw the Tour de Porsche and the Mercedes-Benz Driving Academy cross paths in southern Manitoba.
Marketing experts say that unlike conventional advertising – print, radio, television – the possibility of tracking success and failure through event marketing can be very specific because of the information gathered.

As event marketing manager, he says BMW has been on the forefront of this
type of promotion for the better part of a decade.

According to Stacy Morris, BMW Group Canada, over 10,000 amateur Andrettis
have taken the courses since their inception.

In addition to the aforementioned comparison drive, the luxury automaker’s
Canadian offices run a series of driver training programs and launch events. BMW has also enjoyed a partnership with the Royal Canadian Golf Association and the PGA’s Canadian Open for the last three years.

At each of the events, Lester says the company gathers reams of data on attendees, their opinions of the company, likelihood of purchase, etc. through surveys and then cross-references that against the customer lists to see what is working.

He says BMW tracks success every year with benchmarks on conversion rates of people who purchase following an event measured in 90-day increments as well as throughout the calendar year. The information gathered is often passed on to dealers who
either attend the event or invite prospective buyers.

Jasmin Rawlinson, Porsche Canada’s director of marketing, explains the motivation behind the Tour de Porsche is to get prospects behind the wheel of the Porsche models and examine the impact.

“We see this as a marketing event that generates local marketing impact,
consolidates market presence of the Porsche Centre and creates extensive word of mouth,” she says. “It is a sales tool for the Porsche Centres to stay in consistent communication with prospects.”

Logistics aside, the downside to a highly focused campaign like these can be the cost per participant ratio. While a well-run event like the BMW Toronto test drive hosted a few hundred participants over three days, a full-page ad in a national newspaper could be seen by upwards of a million eyeballs.

Lester stopped short of discussing how much BMW spends on events, but he did say they are planning for 2010 so something must be working.

With files from Myron Love 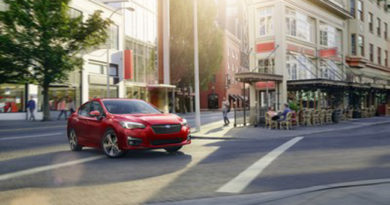 Analyzing your processes for 2010

January 21, 2010 The Premier Publications Team Comments Off on Analyzing your processes for 2010