Call it aspirational advertising with a guerrilla tactic twist.

The campaign, carried out on behalf of well-known luxury car dealer Chris Pfaff, was the brainchild of Toronto ad agency Lowe Roche and helped nab the store some interesting mainstream media coverage at the end of July.

The company parked a 2013 Porsche 911 Carrera S from Pfaff’s Porsche dealership in Woodbridge, Ontario in the driveways of some high-end homes in a wealthy North Toronto neighbourhood.

Pictures were taken of the car appearing to be pulling out of the driveways with the homes in the background. The agency then developed each image as a custom ad for each home with the tag line: “It’s closer than you think.”

Lowe Roche creative director Dave Douglass told the Toronto Star the ad showed how far the dealership is “prepared to go to make their customers happy,” and that it was all above board.

The idea, he said, was not to invade privacy but rather do something creative and different. And according to reports, the clever yet somewhat creepy stunt may have paid off. Lowe Roche said 32 per cent of the people who received the customer postcard went online to visit the website.

Perhaps more importantly, they have yet to receive a complaint.

While some advertising analyst have expressed concern the campaign may have been a tad invasive, there is no arguing with the website penetration rate.

Pfaff has said the campaign will continue with more neighbourhoods targeted for a visit by the sleek Porsche and a sly cameraman.

Pfaff is the president and CEO of Pfaff Automotive Partners. The group runs one of the most successful Porsche dealerships in Canada, has North America’s first Porsche pre-owned dealership, Canada’s only McLaren dealership and also represents Audi, Volkswagen and Toyota.

- With files from the Toronto Star 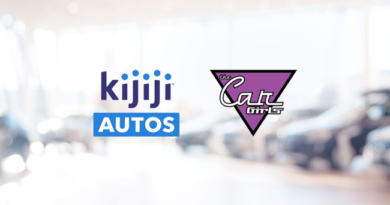