The new office is DMT’s first facility outside of North America and will serve the company’s growing client list in Europe, said company president Glen Demetrioff.

“A European office was the next logical step in maintaining a high level of client service and project management for our growing volume of activity,” he explained. “It will be the vital link between our clients here and the development work at our head office, and is a reflection of our commitment to the European market.”

The new office will support global projects underway for Volvo Car Corporation as well as for Nissan Europe and Renault worldwide.

The Canadian-based DMT, which has its headquarters and development centre in offices located on the campus of the University of Manitoba in Winnipeg, says the new DMT office will be located in the south-west area of Paris and will house both Paris and Winnipeg-based account management and business analysis personnel. The company has begun recruiting European staff for a September opening. 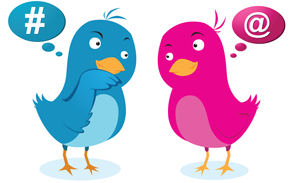 May 1, 2014 The Premier Publications Team Comments Off on 20 killer tips to conquer Twitter marketing