More than half of all Canadian car buyers own a smartphone, but do they use them to vehicle shop? According to a J.D. Power study done last year, only 22 per cent of them – one in five – use the device to search for a new car; seventy per cent of those go on to OEM sites, where they locate a dealer then they search for price information at the dealer’s website or mobile site.

Roughly, 50 per cent said they went on to a dealer site from the OEM’s.

The stats come from a J.D. Power Manufacturer Website Evaluation Study done in 2011. It concentrated on OEM sites and their use by desktop and laptop users. However, there was a section of the study dealing with mobile use.

J.D. Ney, an account analyst with J.D. Power, told Canadian AutoWorld interviewees were asked to rate an OEM’s website they had shopped.

Ney said that number of mobile autoshoppers may be growing and use maturing as smartphones develop the ability to help the user shop a website or a mobile site, where they can build and price the vehicle they want.

He went on to say that J.D. Power was trying to get more information on smartphone use and user satisfaction in this area and will have a 2012 study available soon.

There was no assessment of dealer sites used, he said.

Despite the popularity of apps, only nine per cent of those surveyed said they had downloaded an automobile-related app. But he predicted that use would grow.

Ney said apps can be used to create a relationship with the customer by introducing them to a new vehicle or one of its features.

The study found smartphone auto shoppers to be about 43, married, university educated and have an annual household income of over $100,000 -- “an ideal customer for any dealer.”

The study urged OEMs and dealers to build mobile sites that are easy to use and look to “social media giants such as Twitter and Facebook.”

“While 22 per cent of smartphone shoppers say they visit automotive sites, 52 per cent say they use their device to access social media.

“Dealers and manufacturers who choose to be active in this space are poised to garner more attention than the competition simply be being where mobile customers want to be.” 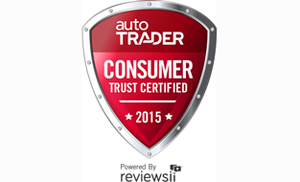