Nissan Canada and its new president is hoping a new media campaign will remind consumers of the automaker’s history of innovation and help drive market share growth.

Titled ‘Innovation for All,’ the media platform includes four key brand commercials highlighting Nissan’s history of technology, creativity and innovation. The automaker showed off those spots along with its urban crossover, Juke, at a media event in Toronto yesterday.

“The innovation for all campaign reflects the true DNA of the Nissan brand,” new Nissan Canada president Allen Childs said. “We are excited and confident that Nissan can become stronger and more relevant in the Canadian marketplace from ocean to ocean.

The campaign centres around four television spots voiced by actor Robert Downey Jr. Highlighting things like design elements, safety features and the multiple segment points, the commercials, Childs said, mark a departure from “common price-focus advertisements” that would hopefully drive home their message about Nissan and its products.

Mark McDade, director of marketing with Nissan Canada, said the “linchpin” of the innovation campaign is a 30-second spot filmed in Vancouver called ‘Polar Bear.’

The ad, which sees a polar bear wander from the melting arctic, down through the city and into the suburbs, eventually hugging the driver of a Nissan Leaf, showcases the company’s direction towards green technology, McDade said.

The first in the series of innovation ads debuted on Sept. 1 and will continue to roll out over the next few weeks. Nissan North America along with its longtime advertising partners TBWAChiatDay Los Angeles developed the campaign.

As for Childs’ plan at the helm of Nissan Canada, he says the company has a three to five-year plan for growth that includes increasing its market share. First on the list is the Juke, set to hit Canadian showrooms in two weeks.

When asked by Canadian AutoWorld if that plan includes increasing the number of dealerships, he said a natural growth in sales would include opening more dealerships.

The plan, he said, was to expand into more “single-point” markets and avoid larger cities that already have Nissan representation.

“We are getting a lot of calls from dealers who are not a part of Nissan that want to be a part of this brand,” he said.

‘We have a dealership getting hit roughly every other week:’ Thomas

October 18, 2017 Jackson Hayes Comments Off on ‘We have a dealership getting hit roughly every other week:’ Thomas 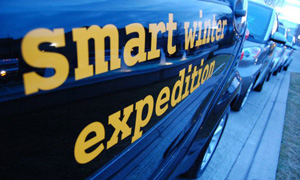 Smart fortwo gets some northern exposure

February 18, 2010 The Premier Publications Team Comments Off on Smart fortwo gets some northern exposure 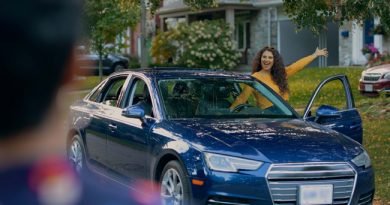