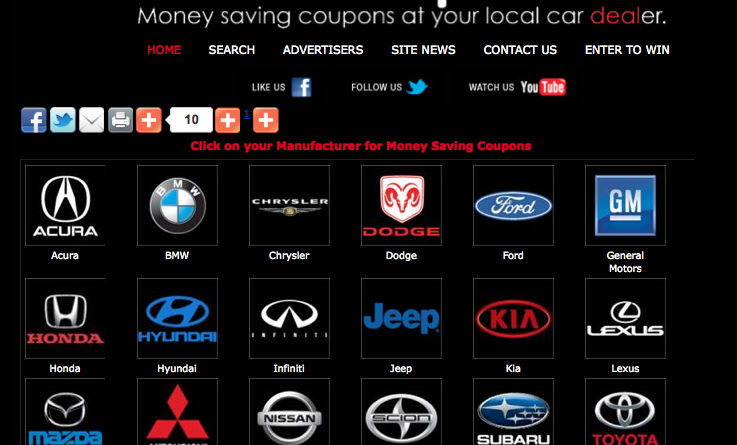 A new Internet marketing business is aiming to help dealers benefit from the online coupon craze.

Called dealercoupons.ca and launched roughly a year ago, the site is the brainchild of Dan Lamberti.

“There are a lot of online coupon sites like WagJag and GroupOn that cover all sorts of retail options now,” Lamberti explained to Canadian AutoWorld. “We are exclusive to car dealers and the only company doing this in Canada.”

The concept is simple. Dealer members discuss with Lamberti and his team what type of promotions they want to run. Current examples found on dealercoupons.ca include a $99.99 coupon for an oil and filter change special for Budds' BMW Hamilton and $15 off any transmission service at Maple Nissan.

Individual coupons are created by Lamberti’s graphic design team and approved by the participating dealerships. Once both parties are ready, the coupons are posted on the dealercoupon.ca website, which is broken down by manufacturer. Offers are also promoted through various social media feeds including Twitter and Facebook.

Customers can search for their store, click on any deal and be directed straight to the store’s online service appointment booking tool.

“They can punch in the date and time for their appointment, print off the coupon and they are good to go,” he said.

The appointment feeds directly into the stores service portion of its dealership management system. Customers simply have to show up and present the print out to redeem its value.

Members can even link directly to any custom videos or YouTube channel through their coupons.

Though first started as a way to drive service and parts revenue Lamberti said promotional offers have begun to cover the sales end of the business, too.

Domenic D’Elia, general manager of Maple Acura, said his service manager initially brought up the idea of trying the site out as a way to drive service dollars and get more customers into the dealership.

After roughly one month he said customers have already started coming in with coupons. He said it is a little early to comment on how well the program is doing overall, though he did note he would continue to use it as long as it worked.

There are two levels of involvement for dealership members. The Light program costs $136.88 per month and gives the store all the Internet exposure with four to five promotions of its choosing.

A more in-depth version called Pro includes all the promotional plugs along with an email marketing system. Custom eblast can be sent to contacts in the store’s databases and any addressed collected through the coupon site.

“It’s a cost-effective solution to marketing,” Lamberti detailed. “There are a lot of stores hiring Internet managers or marketing managers to do exactly what we do. We can give them a full-time online solution without busting the bank.”

He reports that after roughly one year, there are 62 dealerships offering coupons on his site. 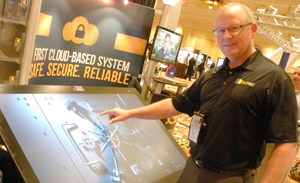 Want to know where your data’s going? Try DealerVault

December 18, 2013 The Premier Publications Team Comments Off on Want to know where your data’s going? Try DealerVault