ADESA says technology challenges and expected anti-trust issues led it to withdrawal its participation in the proposed multi-platform system for the U.S. and Canadian remarketing industry.

Manheim Auctions, however, isn’t so sure those fears are well founded.

ADESA’s move comes after nearly two years of work and millions of dollars invested with fellow auction partners and industry players to evaluate and develop an MPS that would benefit both sellers and buyers.

“After lengthy and protracted efforts to create an MPS, our industry partners have been unable to agree on the best way to execute this solution,” explains Peter Kelly, president of ADESA’s Digital Services Group.

“While we remain very committed to supporting industry-wide associations and initiatives that provide tangible value for our customers, such as NAAA, IARA, AutoIMS, AuctionNet, AuctionAccess and AutoGrade, MPS, in its current form, creates complex issues and significant anti-trust risks.”

ADESA reports that the current structure of the proposed MPS would subject market participants to heightened technology requirements and expenditures.

MPS is a proposed online platform that would aim to link together and allow bidding across the virtual auctions of all participating auto auction firms.

Both ADESA and Manheim along with a number of independent auctions and remarketing associations in the U.S. had announced previously they had made strong gains in the development of a solution.

The topic has been discussed at length in several forums in Canada including at previous Auto Remarketing Canada conferences and recent IARA Canadian Committee meetings.

In a statement ADESA notes it believes the proposed MPS structure and its associated economic and governance model poses anti-trust risks by raising new barriers to entry for smaller industry players, reducing competition among the auctions and increasing costs for sellers, buyers and ultimately retail consumers.

“After much deliberation, we have concluded that the potential benefits to customers of the currently proposed MPS are not commensurate with all of the costs and risks,” Kelly says.

Janet Barnard, president of Manheim North America, calls those suggestions “unfounded” because MPS has been shaped with these issues in mind from the outset.

“In fact, MPS has been designed to foster a digital marketplace that enables participation by all. We hope that ADESA and others will rethink their position on MPS,” she says.

Barnard went on to say that Manheim takes the need to innovate seriously and that MPS would put more eyes on more cars, creating a more transparent and efficient virtual auto auction marketplace that will “increase competition among auction participants and their wholesale customers and, by so doing, provide benefits to auctions, consignors, dealers and, ultimately, retail customers.”

It would be up to each auction to determine whether to join MPS when it is up and running, and participants will make their own choices for their own individual business reasons.

Stéphane St-Hilaire, chief executive officer and president of ADESA, says the company remains focused on “enhancing technologies for our customers, expanding our geographic footprint and increasing our online buyer network, which supports both physical and online sales.” 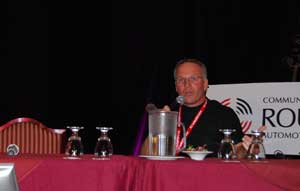 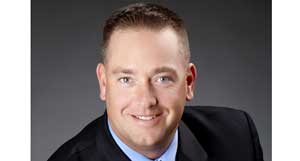 July 6, 2010 The Premier Publications Team Comments Off on New head of Manheim Toronto 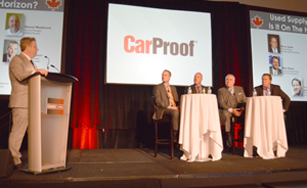 April 21, 2015 The Premier Publications Team Comments Off on Solid start to ARC 2015