Executives at Canadian Black Book insist it will be “business as usual” at the vehicle valuation company, though it is fair to assume the company outings might get a little more extravagant.

Twelve employees from the Markham, Ont.-head office was at OLG headquarters Thursday morning to pick up a cheque for $60 million. The dozen Canadian Black Book staff had the winning ticket to last Friday’s Lotto Max draw, the second-largest lotto win in Canadian history.

“I haven’t had a lot of sleep over the last few days,” company president Brad Rome exclusively told Canadian AutoWorld on Wednesday night.

“It’s very exciting, but we want everyone to know that we are still in business and will still be providing the best vehicle values in the industry.”

The winning ticket was sold in Brampton. Rome says playing the lottery was a regular thing in the office.

It has already been an up and down year for the company founded by Bill Ward back in 1961.

Shortly after announcing the valuation company was moving into the dealer lead generation space with a tool dubbed Trade-In Connection, Canadian Black Book saw TRADER remove hundreds of thousands of used-vehicle listings from its consumer website as the pair failed to come to terms on a new deal.

While Rome concedes there will be some changes after the lottery win with at least a few employees expected to leave the company, he stressed that dealers should know that services would continue and that nothing will change for their business.

“We’re still here and still working,” he said.  The odds of winning the Lotto Max is roughly 1 in 28 million.

CarGurus now ‘a relevant player’ for dealers in Canada

March 29, 2018 Jackson Hayes Comments Off on CarGurus now ‘a relevant player’ for dealers in Canada 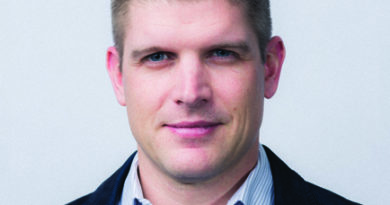 May 20, 2010 The Premier Publications Team Comments Off on UCDA sends alert on HST