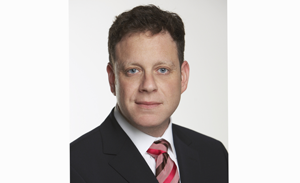 A new man will be running the day-to-day operations at CarProof.

In a surprise announcement this week, company CEO and founder Paul Antony revealed he was transitioning out of the role as CEO and into the role of chairman. He told partners in a letter released Monday that he will be providing strategic vision and insight to the company going forward.

Taking his place will be Ed Woiteshek, who has most recently worked as a senior investment professional at Hellman & Friedman (H&F), the San Francisco-based private equity firm that took a minority stake in CarProof in August 2013.

“The opportunity that sits in front of CarProof is enormous – we plan to leverage our best-in-class data sets to provide insight through unique information via new products and services to all in the automotive ecosystem,” Antony said in a release.

While at H&F, Woiteshek led the purchase of a minority share of CarProof and has been on the board of directors for the last 14 months. Antony says the value Woiteshek brought in the boardroom made him realize he was the leader to take CarProof to the “next level.”

The change in management comes at an interesting time for CarProof. As first reported by Canadian AutoWorld, the vehicle-history report company has major plans to expand beyond VHRs in the coming months and years.

Those extensions have already started with the reconditioning tool RECON released this past spring and the anticipation of a valuation tool set for release early next year.

The game plan, first detailed to sources outside the company at a client advisory board meeting in early October, will see a valuation tool launch in early 2015. Industry watchers had assumed CarProof was planning some sort of valuation product after its purchase of Canadian Red Book this past summer.

In addition to the valuation tool and a VIN-specific version near the end of 2015, CarProof says there is more on the road map including plans for a next generation of the RECON appraisal tool and further build-out of its core VHR product.

The birth of the CarProof report used by Alberta Registry Agents was its first foray into delivering a vehicle history report in Canada in 2004. By the beginning of 2005, both Manheim and ADESA auctions across Canada had made the accompaniment of a CarProof report mandatory for all auction vehicles imported from the U.S.

Offering comprehensive accident data across North America combined with a cross-country lien search and import/export information was groundbreaking at the time.

The emergence of virtual online transactions enabling dealers to buy vehicles remotely across the country led dealers that used CarProof reports as a buying tool to use it as a selling tool to establish trust and transparency with their buyers.

“The next chapter of CarProof will continue to focus on driving trust and transparency in the automotive ecosystem to add value to our customers. This will be even more important over the next decade as more and more transactions move online,” Antony wrote.

“CarProof is fully committed to launching next generation products that will once again change the way cars are bought and sold. Our strategic plans are lofty and to succeed it will take a lot of investment, hard work, strong partnerships, dedicated employees… and a little luck. I’ve realized the size, complexity and speed at which CarProof must operate to be successful in this new paradigm will bring new challenges.”

May 30, 2012 The Premier Publications Team Comments Off on ADESA partners with CarProof

April 25, 2013 The Premier Publications Team Comments Off on TradeRev offers CarProof Report with every listing