Data released by R.L. Polk & Co. and analyzed by DesRosiers Automotive Consultants recently revealed that Chrysler and Dodge led the way in 2012 with the industry’s highest proportion of fleet registrations.

But Dave Buckingham, COO of Chrysler Canada, said the data and subsequent interpretation looks at a thin slice of the market with a particularly “small sample size of our Dodge and Chrysler passenger car sales only” and excludes minivans, Fiat, Jeep and Ram.

“We sell much larger retail volumes of minivans, SUVs, CUVs and pickups. So I am not sure if a fleet mix percentage of a relatively small number of passenger cars is terribly meaningful,” he told Canadian AutoWorld.

A good example, Chrysler noted, was the full-year 2012 Charger sales. With approximately 4,000 in total sales, the Charger had a fleet mix of 60 per cent mainly because of the fleet-only Charger Enforcer is sold exclusively to police departments.

“Another example on the other side of the spectrum is that full-year 2012 Ram sales were 85 per cent retail, making it the second best-selling vehicle in Canada, which was excluded from the calculation and article.”

The Polk data showed that 44.3 per cent and 49.6 per cent of Chrysler and Dodge’s new car sales totals were accounted for by fleet registrations in 2012.

While a certain portion of any OEM’s annual sales goes to fleet purchasers, it can also represent a low-margin dumping ground for hard-to-move products.

According to Dennis DesRosiers, heavy fleet sales have been a notable element of Chrysler’s post-restructuring strategy as its passenger car lineup has struggled to match the “roaring success” of its Dodge truck and Jeep siblings.

According to a DesRosiers Automotive Consultants analysis of the Polk data, approximately 18 per cent of new vehicles registered in Canada in 2012 were sold to fleets.

Buckingham said the Chrysler brand’s total fleet sales (not just Dodge and Chrysler passenger cars) were “nowhere near” those levels, noting 2012 ended with 25 per cent fleet mix – a penetration he said was on par with the rest of the domestics.

“Whatever success these brands achieved in 2012 (and all three saw double-digit growth last year) was won largely through one-at-a-time sales to individual consumers,” said DesRosiers.

Volvo led the luxury market in fleet penetration with 39.6 per cent of its 2012 sales accounted for by fleet registrations. Competing brands such as Jaguar, Audi and BMW had a significantly smaller presence with fleet accounting for 8.2 per cent, 10 per cent and 11.1 per cent respectively.

Buckingham echoed the sentiments of many automakers noting that studies and data that use the generic term fleet paints the figures with a very broad brush.

“A large percentage of our fleet sales are indistinguishable from retail sales in many aspects such as vehicle usage and incentive spending,” he said.

“One of our points of emphasis is to have our dealers get more active with local municipalities and quote on their tenders. The fleet business is very much a relationship business and we have built up these great relationships over the years and really value them.

“The last thing we would want is our dealers to think that Mary's Flower Shop wanting to buy two Dodge Grand Caravans is a bad thing. We operate by the philosophy that there are no bad customers, just bad deals.” 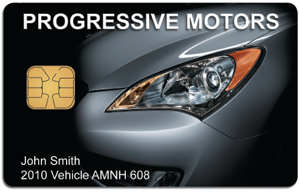 May 6, 2010 The Premier Publications Team Comments Off on OMVIC laying charges