Used vehicles from Mexico that can be modified to meet Canadian safety and environmental standards will be allowed to be imported into Canada in the near future.

“We're committed to maintaining our road safety record,” said Minister Strahl. “At the same time, we're trying to give Canadian consumers more choice by updating the MVSA to allow them to import eligible vehicles from Mexico.”

The amendments are aimed at providing a balance between maintaining safety for Canadians, protecting the environment, and meeting the needs of individual Canadian consumers and commercial importers.

The amendments ensure the Government of Canada complies with the North American Free Trade Agreement and continues its cooperative relationship with Mexico.

Amendments to the Motor Vehicle Safety Regulations will need to be implemented in order to enable importation of used vehicles from Mexico. It is estimated that it will take between one and two years to complete these amendments. Environment Canada will also need to make amendments to its emissions regulations. 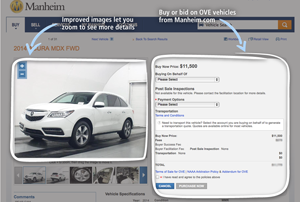 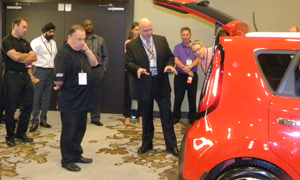 July 11, 2013 The Premier Publications Team Comments Off on Kia fleet show offers the ‘power to surprise’