Stu Ralph, co-owner of the North Toronto Auction situated just north of Toronto in Innisfil, Ont., said they have seen tremendous growth in its dealer-only auction.

The volume, largely driven by Chrysler Canada Remarketing selling with NTA, has even managed to elevate the average selling prices of the vehicles they’ve been selling, Ralph said.

However, he doesn’t ignore the fact that there is a shortage of used on the market. That explains the growing number of franchise dealers bidding.

“The OEMs have a shortened supply of off-lease vehicles and the franchise stores have to get off-make product to attract new customers to their portfolio to keep up their sales volume.”

Ralph noted that despite the fact online attendance is on the rise, it doesn’t mean business is down at the lanes. Quite the contrary, he insisted.

“There is still that energy that the live auction has, the camaraderie and the market awareness. It’s instantaneous. They are seeing what the market value is and they are getting a better perspective on the condition of the vehicle.”

He said that while standardized condition reports have “high standards,” nothing beats checking out the vehicle before it goes on the block.

“It gives dealers access to their OEMs cars 24 hours a day across the country. That’s a luxury many of them never had,” Ralph said.

CarGurus now ‘a relevant player’ for dealers in Canada

March 29, 2018 Jackson Hayes Comments Off on CarGurus now ‘a relevant player’ for dealers in Canada 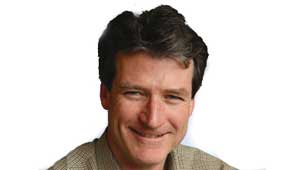