Next year’s competing remarketing shows for the Canadian market have confirmed dates and locations for their respective events.

First up is the return of Auto Remarketing Canada hosted by U.S.-based Auto Remarketing magazine. The 2011 show, set for Toronto in April, will be the group’s fourth Canadian conference and first since 2009’s Montreal show.

It will be held at the Hyatt Regency in Toronto from April 12 to 14 and attendees can confirm both exhibit space and sponsorships now. Canadian AutoWorld will be a media partner of the show and expect to see everyone there.

Rousseau Automotive Communication will be running the show – built on the success of last year’s show held in Niagara-On-The-Lake and billed as the “only remarketing event hosted by Canadians for Canadians.”

The show will be presented in partnership with the OADA and with the support of the TADA.

For registration and sponsorship information, contact Craig Lyons at 416-605-2886.

June 11, 2010 The Premier Publications Team Comments Off on New faces and new partnerships for CarProof 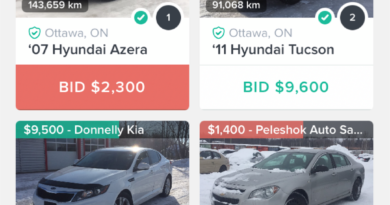