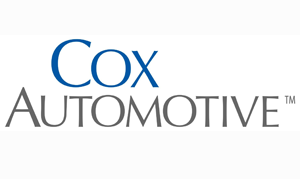 Maria Soklis has taken up the newly-created role of president of Cox Automotive Canada.

The former V-P and COO at Kia Canada will be responsible for leading the development and execution of Cox Automotive’s Canadian business strategy and operations.

She will report to Joe George, senior V-P of Cox Automotive strategy.

“Maria is a very talented executive who brings a pioneering spirit and deep industry knowledge to our team,” George said. “We’re thrilled to have her join us, and welcome her vision as we deepen and expand our Canadian presence.”

Soklis said joining Cox Automotive is an exhilarating new challenge and she looks forward to helping the company achieve a strong leadership position in the Canadian market.

Soklis will be based at the Cox Automotive Canada headquarters in Mississauga. Six Cox Automotive businesses operate in Canada including Manheim, vAuto, NextGear Capital, HomeNet, VinSolutions and XTime.

A brief statement from M.K. Kim, Kia Canada president and CEO, released last week said the automaker is sad to see Soklis leave but wishes her the best on the next step in her career path.

Her tenure was marked by significant success for the South Korean brand in Canada. While it closed last year down 3.4 per cent with 70,000 units retailed, that sum marked a massive jump over the 29,569 units sold in 2007.

The past few years have ushered in a new era for the dealer network that included a national image program and significant growth to its current size of 188 stores.

She started with the brand as director of corporate planning and communications in 2007 before being named senior director of operations a year later. She assumed the role she is vacating in April 2009.

Prior to joining Kia, the Kitchener, Ont. native spend roughly a decade in various roles with General Motors both in Canada and Europe.

April 25, 2013 The Premier Publications Team Comments Off on Manheim expands footprint in Canada

March 29, 2010 The Premier Publications Team Comments Off on UCDA warns of possible scam