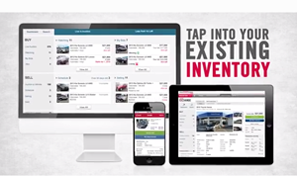 Trader Corporation is heading into the virtual auction business with the release of Trader Exchange, a new online marketplace where dealers can sell and purchase vehicles at wholesale prices 24-hours a day.

The company plans to stagger the launch of the product. Dealers in Ontario will be able to access the product on September 15, while a tentative nationwide release is planned for early 2015.

At launch, access to Trader Exchange will be limited to existing Trader customers.

Gayle Kosokowsky, director of business-to-business marketing for the company, said current clients will simply draw inventory for auction from their existing Trader databases noting the programming ability to draw from external databases was not a priority for launch and is currently under development.

Kosokowsky said the company will weed-out curbsiders by only allowing licensed dealers to use the service. By extension, both used-car dealers and franchised dealers will be able to list vehicles and place bids on the dealer-to-dealer auction platform.

This will provide dealers the ability to choose whether they would like to list a vehicle in a consumer marketplace (autotrader.ca) or in a dealer-to-dealer marketplace, she said.

“We didn’t want to launch something completely separate and issue a new ID and a password, we just wanted it to be easy,” she said. “The dealers will just have to upload their inventory once and decide whether they would like to push it to retail or auction.”

Official pricing has yet to be announced but the company said it plans to introduce a transaction and subscription-based pricing model starting in January. Until then, dealers will be able access and use the new marketplace – for listing or buying – completely free of charge.

The company noted it is currently working with dealers to optimize the digital buying and selling experience before the first e-gavel is dropped.

Trader Exchange was created to supplant the current patterns of dealer-to-dealer purchasing that happen across autotrader.ca, Kosokowsky revealed.

Dealers currently use the website to shop for inventory but instead of placing bids in the traditional manner, like a consumer would, they will call the selling dealer directly which “opens up an entirely different conversation.”

“We realized we help dealers connect with the consumer through our marketplace autotrader.ca, but that we needed to provide them the ability to connect with each other,” she said.

Now, instead of plucking vehicles before they reach consumers, dealers will be able to purchase vehicles in a more traditional, dealer-oriented auction setting.

Similar to other online auctions, both time and monetary restrictions will be in place.

Dealers will be able to choose how long they would like their vehicle auction to last: anywhere from 20 minutes to eight hours. Ultimately, the choice of each auction length will depend solely on the discretion of the seller.

Dealers will also be able to set their own starting price and bid increments will begin at $100. There is no bid maximum, dealers will be allowed to place as many bids per auction as they would like.

In order to develop a portfolio of vehicles for opening day, dealers in Ontario will be able to start posting inventory to Trader Exchange on August 28. 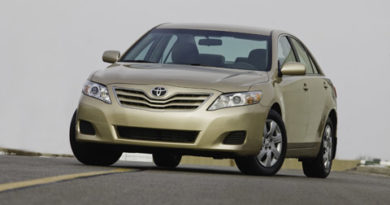 June 6, 2011 The Premier Publications Team Comments Off on Quebec dealers to benefit from Manheim, LAR partnership