The key to the used-car prices at any time is the sale of new cars four years before.

“The new-car market today supplies the used-car market four years down the line,” Rene Abdalah, VP RVI Group said. He said that explains the present shortage of used and high prices and the bright future.

NEW VEHICLE SALES
Canada has seen a very robust new-car market in the last few years - well up from 2008. That’s very healthy but  not “great” because it’s supported by incentives. Sales are not fully driven by demand. Incentives are pushing sales, he said.

What is odd is that despite gas prices that keep going “up and up,” used prices are doing the same thing. Yet gas prices are the “nemesis” of the used market.

Because of incentives and lease programs, the luxury market is doing well with brands like Acura, Jaguar and Porsche seeing sales increase. When it comes to the volume brands, Chrysler’s market share and is up.

Abdalah explained the forecast is based on figures supplied by Global Insight and Moody’s.

Located in Stamford, Conn., RVI says it is the only RV insurer left standing in the North America. One-half its business is in Canada.

SUPPLY
Anemic new sales in 2009 and 2010 are the culprits behind high used prices in the short run. He said RVI used new car sales and used-car registrations as indicators.

Over the remainder of the year, there should be a slight easing of used car prices.

USED PRICES IN 2015 AND AFTER
“There is a downturn coming!” Abdalah predicted.

By 2014, new market sales are going to increase as unemployment decreases. That means an increase in the supply of used four years later.

Used-car prices are expected to show year-over-year decreases starting in 2015.

“Five years from today, used-car prices will be four to five per cent lower than what they are today. And they could be lower,” he predicted.

Dealers will start to see the decline in two years.

The one outstanding example of the trend, Abdalah said, will  be the full-size pickup market, which will experience an 11 per cent drop in prices from where they stand today.

Used prices will decline with full-sized used pickups hit the hardest. (That’s bad if you’re an RV insurer; good if you’re a used-car dealer, he admitted.)

Used pickup truck prices could go from $11,000 today to $10,000 in five years as the economy improves and trades people start buying new.

That’s big! There will be a very different market from today,” he said. 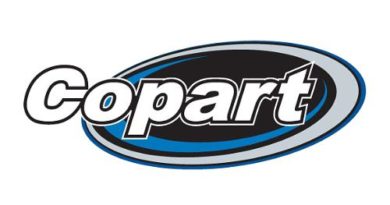