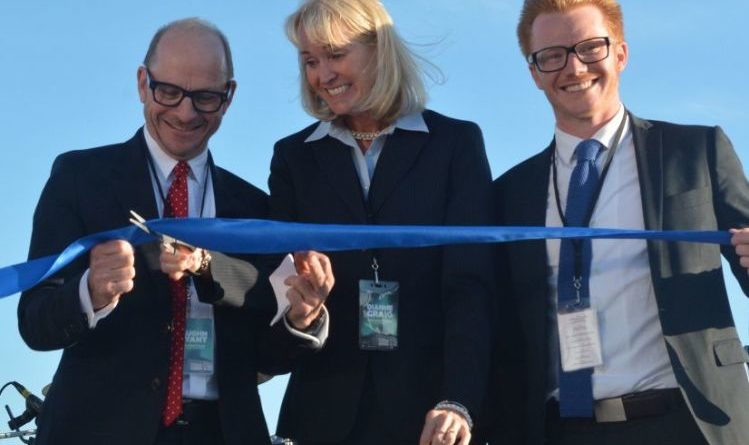 PRINCE ALBERT, SASK. – When the Wyant Group bought Lakeland Ford in 2009, the group made a commitment to Lakeland staff that it was going to replace the old store with a brand-new one.

Michael Wyant calls the store the “biggest, nicest dealership in northern Saskatchewan by a long shot.”

To prove his point, he lists features like 28 bays, including six detail bays, a three-lane indoor and heated drive-thru as well as a collision centre able to handle the F-150 and its aluminum body. Add to that a 15-car showroom and room for about 200 new and used and lots of parking.

The indoor drive-thru means customers can drop off and pick up their cars inside – a feature he knows gives the dealership a competitive edge when the winter winds blow.

The 65,500 square-foot store set the group back $18 million. But Wyant insists it was worth it.

“We built way bigger than we need today because we want to accommodate for the growth we are going to have in the future. It’s a lot easier to build it now than add on.”

He says the money was also an investment in the community of Prince Albert.
Not only will 67 community members find work at Lakeland, he is proud to say that 80 per cent of the money spent building the dealership went to hire local tradespeople to do the work, so the money stayed in the community.

When Canadian AutoWorld wonders why the group spent that amount of cash to sell cars and trucks in a city of 35,000, he replies the investment isn’t about a 35,000-person market.

“Prince Albert is the gateway to Northern Saskatchewan. It’s the hub. People come here to do business. The size of the market extends far beyond Prince Albert.”

Wyant says the sales goal for the first year is 800 new and 450 used. To reach out to remote northern communities, the store uses mobile sales people and mobile deliveries.

“We are there for anyone who needs us in places that are a little more difficult to get to.”